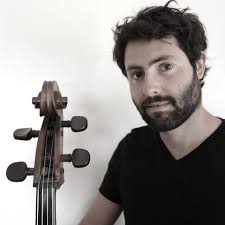 Patrick’s cello sings amongst the nature outside his old stone cottage. The wild Atlantic breeze takes the warm sound up into the hills and out to the ocean. Patrick’s diverse repertoire of Irish traditional, classical and modern pop music, is all played with passion and virtuosic intensity.

In 2020, as countries around the world began to lock down, Patrick began playing music from his cottage and sharing it online. Since then his performances have been viewed millions of times and his music became a needed comfort for countless numbers of people all over the world.

Patrick has performed on CNN, BBC, ITV, Sky News, Global News Canada, RTÉ, Virgin Media, TG4. In April 2022 his debut album Solace reached No. 15 in the Billboard US and Canada album charts for classical-crossover albums making Patrick the highest selling independent artist in the genre and asserting his place as one of the world’s top cello players.

A video made about me by the BBC

Patrick grew up playing classical music with his seven sisters and brothers in Dublin. At the age of 7 he was given a cello and began learning with one of Ireland’s top cellists Arun Rao. Straying from his classical music upbringing, Patrick embraced folk and pop music, studying with Vivienne Long (cellist with Damien Rice) and recording and touring with Irish band ‘Heathers’ who were nominated for the Irish Choice Music price award in 2014.

After graduating with a degree in Economics from Trinity College Dublin and a Master’s in Politics from the University of Leiden in 2015, Patrick relocated to the west of Ireland to take up music teaching, where he lives with his wife, artist Jan Campbell, their young daughter and their dog friend Naoise.

Currently, Patrick is the head of music at the County Hall Arts, London where he coordinates, composes and produces music for their films and arts projects. He plays cello with Oscar winner Markéta Irglova and has just finished recording on her latest internationally acclaimed release ‘Mother’. He is currently working on his debut album to be released in Spring 2022.